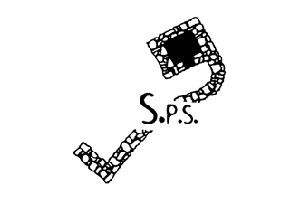 SPS is an International scientific society for drystone interdisciplinary study that brings together scientists, amateurs and institutions who work for the survey, the protection and the conservation of constructions in dry stone.

The first international congress on the topic took place at Bari (Italy) in 1988. These meetings, casual at first, became gradually the expression of a common will that was materialized by the official creation of the SPS in 1997. The Society focuses on the perpetuation of these congresses and on following evolutions of researches, rehabilitations and innovations concerning the dry stone. It analyzes the different stakes and gives an opinion on the relevance of methods used and of objectives pursued by the various actors. Between two congresses, it maintains the link among the various partners and ensures the continuity of the meetings and exchanges. Since 1987/1988, international Congresses are regularly held every two years. They already took place at: Bari (I), Barcelona (E), Crete (GR), Majorca (E), Imperia (I), Le Val / Carcès (F), Peñiscola (E), Viège (CH), Mytilène (GR), Montalbán (E), Locorotondo (I), Ambleside (UK), Ogliastrra in Sardinia (I), El Jadida (Morocco).